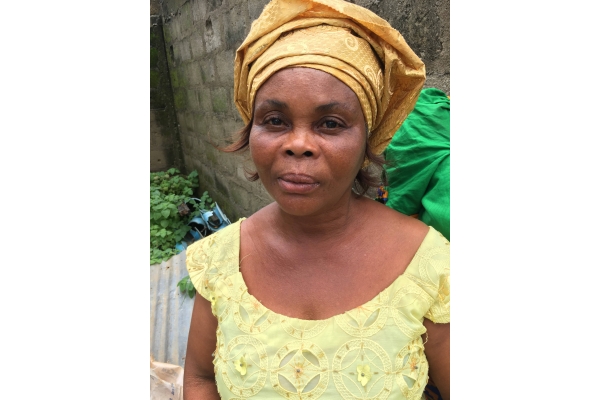 Help Julie provide for her children

Juliana Ogbona lost her husband after 11 years of marriage; she was nursing a baby when he died; She has 6 children altogether. While the husband was alife, she used to run a nursery school but as soon as the husband died, they took away the school from her. In other to feed her children, she started selling fish in a local market but after a while the capital dried up due to market fluctuation. Now it is difficult to train her children at school. Her daughter got admission to a college but cannot go due to lack of fund. She says that it breaks her heart to hear her daughter tell her that if they could get a loan to continue selling fish that she too would help sell while she goes to school at the same time.

Juliana is asking for a small micro loan to help her sustain a family.