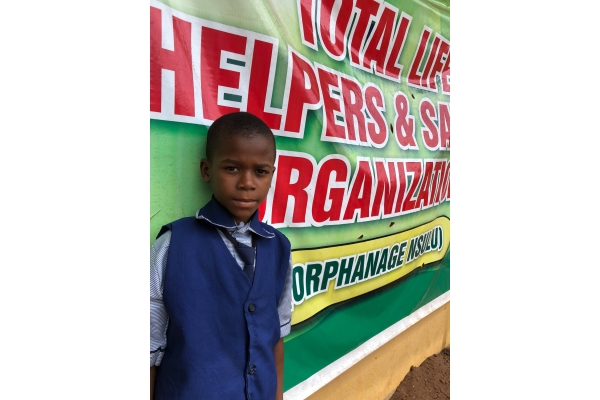 He was Orphaned at the age of 6

Name: Goodluck Charles
Age: 8 years
Goodluck's Story: Goodluck and his brother, Favour Charles, lost their mother at a very young age in a horrible car accident. Soon after he lost his father, leaving him orphaned at the young age of six. He was left in the hands of his elderly grandmother, who couldn't provide for him.

Despite such devastating loss, Goodluck has a big heart for animals and wants to become a vertinary doctor. By becoming a sponsor, you send Goodluck a message of hope, letting him know he is cared for.